As it turns out, I am a complete failure at the Jedi mind trick. I was completely unable to convince anyone to hand me tickets to Comic-Con International in San Diego this year.  Fortunately, I have cool events like Sacramento Comic, Toy, and Anime Show to hold me over until my skills improve.  We arrived early, but not early enough to miss the lines wrapping halfway around the McClellan Conference Center.  We were greeted by our favorite bad guys doing good, the Sacramento Garrison of the 501st Legion.  They always do their part to make sure that  the next generation of super fans enjoy themselves.  However, at some point they may need to take a restraining order out on my youngling, because he simply cannot get enough of them. 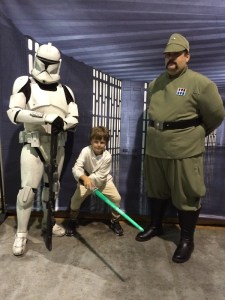 The best thing about these smaller conventions would have to be the artists and crafters that you might miss at larger events.  When I launched RaisingJedi, I promised that I would post people doing cool stuff and this art totally qualifies. 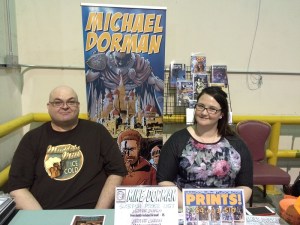 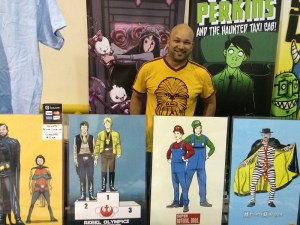 Dave Dwonch’s art was awesome. Check it out!

We made sure to check out the tables from our local comic book stores. We love World’s Best Comics, and not just because they have a giant Flintstones car out in front of their shop.  Well, that certainly doesn’t hurt.  You can check out their upcoming sales and selection here! 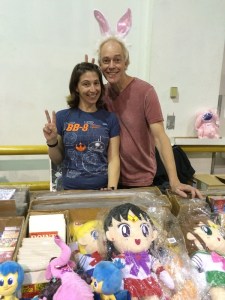 Of, course no con would be complete without a little cosplay.  Here are two of my finalists in the in the family category. But first, our winner for rebel pooch. 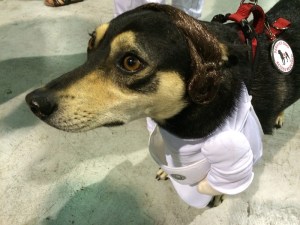 At least know we know who actually is scruffy looking. 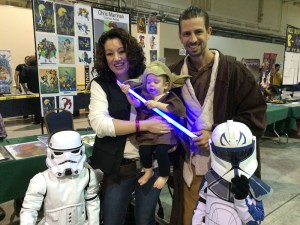 The Irwin family. It looks like the little one may have a pretty high midichlorian count. 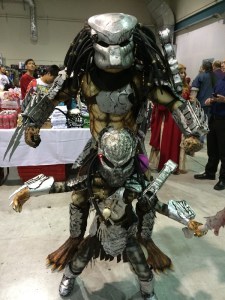 Tommy and Devin Rodriguez. Let’s start the slow clap for this Dad.

No pictures of him, but we also met a Batman a few times and there is no doubt in my mind that this is where he finds such wonderful toys. 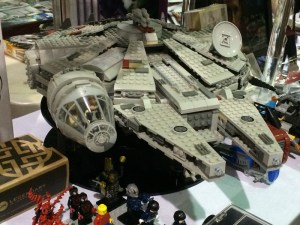 If cosplay isn’t your thing, but geek fashion is, you can still pick up your accessories from Amanda at Holding Aces 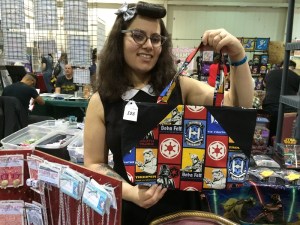 We didn’t hit the bank account too hard, but my husband did have to buy a copy of this comic book.  It is about a bounty hunter marshmallow, destined to save the world.  You know, with help from Bacon Boy.  It’s pretty delicious. 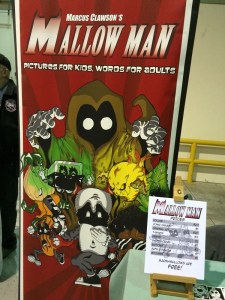 They might not be as flashy, and I doubt that you will get any zombies from Walking Dead to take a bite out of you, but check out these small events.    A mere eight bucks to get in and play with toys, provided that they aren’t mint in box.  Yeah, ok.  Don’t touch.  Still, I can’t what for the next great thing in SacTown. Intergalactic Expo is coming May 22nd to benefit Make-a-Wish.  Check it out here and mark your calendar.

Geek on and MTFBWY!